The Ghana Registered Nurses and Midwives Association (GRNMA) is a Professional Association for all categories of Nurses in Ghana. Among the objectives of this association are: to advance the interest of the nursing/midwifery profession and promote a better understanding and dignity of the profession. According to GRNMA, membership is acquired and maintained through registration and payment of monthly and other dues instituted by the GRNMA. 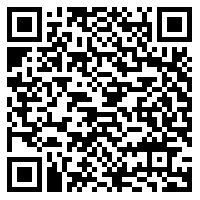 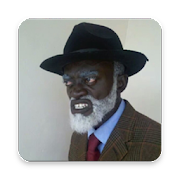 In 2017 during the 16th Biennial Delegates Conference, the financial report revealed a lot of corrupt activities within the association (Corruption in GRNMA? Millions Unaccounted for as Leadership Bury Financials). These issues resulted in various categories of nurses complaining bitterly about the association’s activities. It seemed the association is doing the exact opposite of advancing the interest of the nursing and midwifery profession. As though that was not enough, deductions were also raised.

In light of the above situation, various nurses and midwives threatened to leave the association because they believed they were not consulted before the increment of the deductions and also the association does not have the welfare of nurses at heart. In 2017, the President of the association, Mr. Kweku Asante Krobea in an interview with TV3 said: “We did consultation and these increments they talked about did not come about by the decision of the President or executives. It is the delegates conference that voted on these increases.” He continued: “We believe in freedom of association so if they are deciding to break away, so let it be. We will move on with the discerning members of the association who believe in prudent management of funds and visionary leadership.”

READ ALSO:  THE NEED FOR A SECOND VOICE FOR NURSES AND MIDWIVES JUSTIFIED BY THE GRNMA: PRESS RELEASE - GNANM

The Nursing and Midwifery Council of Ghana has announced that the results, as approved by the 14th Governing Board, of candidates who sat for the January, 2019, Post Basic Nursing online licensing examination have been...

The Ministry of Health has started the sale of forms for Health Training Institutions for the 2019/2020 admission calendar. The sale of the forms starts from Monday, 18th March to Saturday, 8th June 2019. The cost of...

The Korle Bu Teaching Hospital is recruiting more than 500 clinical staff including over 300 Nurses and Midwives. According to a release by the hospital, financial clearance has been given by the Ministry of...

The Ghana Health Service wishes to inform the general public, particularly, the 2016 batch of Nurse Assistants Preventive (Community Health Nurses) and Nurse Assistants Clinical (Enrolled Nurses) that it will commence...

Be The First To Receive Latest Nursing News In Ghana