The Ministry of Health has ordered for the suspension of admission forms for the 2017/2018 academic year for health training institutions across the country. This directive was given without any reason.

A memo dated January 18, 2017 and signed by Chief Director of the Health Ministry, Dr. Afisah Zakariah, suggested the directive, which was given earlier, is being flouted by the training schools. 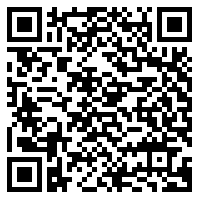 “The attention of the ministry has been drawn to the continuous sale of forms for admission into the various Health Training Institutions for the 2017/2018 academic year.

This is in spite of a directive from the Ministry for the suspension of the sales of forms until further notice.

Principals and Heads of all sales outlets are by this letter directed to suspend the sale of the forms until a letter from this office authorizes them to do so.

Principals would be held personally responsible for breach of this directive.

I am counting on your utmost cooperation.” The memo as signed by the Chief Director of the Health Ministry. Nurses allowance to be restored in March – Bawumia