The Nursing and Midwifery Council has withdrawn the Licenses and Certificates of Registration of a fake ‘Nurse Assistant’ and ‘Midwife’ from its register of practitioners.

Additionally, the Council has also removed the name of a ‘Trainee Midwife’ from its register of Trainees. The culprits are:

The fake ‘Practitioners’ and ‘Trainee’ were apprehended by officers from the Intelligence and Disciplinary Department of the Council over impersonation and forged documents to gain admission into Nursing and Midwifery Training Institutions.

According to the Registrar, Mr. Felix Nyante, Ms. Abigail Bobin and Ms. Esther Abuubey used certificates belonging to others to gain admission into the Nursing and Midwifery Training College, Kpembe in the Northern region.

However, through some intelligence gathered and with the assistance of the Principal of the Training College, the two were apprehended.

They were invited to the Council where they admitted in their written statements that they forged documents and used West African Senior Secondary Certificate Examination (WASSCE) result slips belonging to some persons to gain admission.

In the case of Ms. Stephany Arthur Baidoo, she used someone’s WASSCE certificate and obtained a fake birth certificate to gain admission at the Nyaniba Health College.

She was however apprehended when she presented documents for change of name. she admitted in her written statement when invited by the Registrar to the Council of forging documents to gain admission.

The Registrar has warned that the Council would not protect any student or practitioner with fake certificates. He advised all prospective students to ensure that the results and documents they present for admission are genuine to avoid sanctions.

He appealed to Heads of Nursing & Midwifery Training Institutions and Health Facilities to assist the Council with information on suspected students and practitioners respectively to enable the Council to rid the system of quacks.

The Registrar has noted that several other suspected fake practitioners and students with issues of impersonation are currently being investigated and will make the outcome known to the general public when investigations are concluded.

Issued by the Public Affairs Directorate 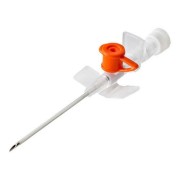 THERE WAS NO NURSE IN THE “BABY HARVESTING/TRAFFICKING” EXPOSÉ BY EOCO AND MEDICAL AND DENTAL COUNCIL – NURSING AND MIDWIFERY COUNCIL.

THERE WAS NO NURSE IN THE “BABY HARVESTING/TRAFFICKING” EXPOSÉ BY EOCO AND MEDICAL AND DENTAL COUNCIL – NURSING AND MIDWIFERY COUNCIL.

PARALYZED NURSE NEEDS ABOUT $15,000 FOR SURGERY TO BE ABLE TO WALK AGAIN.

STAY AWAY IF LOGISTICS ARE NOT AVAILABLE AT ISOLATION CENTERS, GRNMA TO MEMBERS | PRESS RELEASE