CONFIRMED CASES OF COVID-19 IN GHANA RISES TO ELEVEN (11)

On 19 March 2020, we received notification from KCCR indicating two (2) newly confirmed cases in Kumasi in the Ashanti Region.

The first is a 59-year-old Ghanaian woman, resident in the United Kingdom who recently returned to Ghana and currently living in Kumasi, reported to a private hospital with a history of fever (temp of 39.1oC), general malaise, cough and runny nose. Her condition was suspected to be COVID-19. The sample was subsequently collected and sent to KCCR and the report was received this early morning as positive for COVID-19.

The second case is a 61-year-old Lebanese male trader and resident in Kumasi. He felt unwell and reported to a health facility with fever (temp 39.4oC), and cough. The sample tested positive for COVID-19. 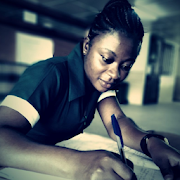 Both patients are being managed in isolation and responding to treatment.

So far, the confirmed cases in Ghana are from Turkey, Norway, Germany, France, the United States of America, the United Kingdom (UK) and the United Arab Emirates (UAE).

READ ALSO:  UPDATE OF MEETING BETWEEN GRNMA AND COALITION OF CONCERNED NURSES AND MIDWIVES (CCNM)

With regards to contact tracing, a total of 399 contacts have been identified and are being followed up. Nineteen (19) of the contacts developed some forms of symptoms and samples were taken for laboratory testing.

We have received laboratory results for 15 of them which are all negative for COVID-19 and we are awaiting results for the four (4) others. Contact identification and tracking for the newly confirmed cases have just started. SETTING UP TRIAGE AREA FOR COVID-19